Originally, Stan Lee wanted the Hulk to be grey, but due to ink problems, the Hulk's color turned to green. This was explained by saying that the Grey Hulk persona and the Green Hulk persona are battling in Bruce Banner's sub-conscious. Due to his superior strength, Green Hulk aka Savage Hulk, won most of the time thus showing the Savage Hulk persona more often.

Peter David's run altered Banner's pre-Hulk characterization and the nature of the relationship between Banner and the Hulk. David returned to the Stern and Mantlo abuse storyline, expanding the damage caused, and depicting Banner as suffering dissociative identity disorder (DID). David's stories showed that Banner had serious mental problems long before he became the Hulk. David revamped the personality significantly, giving the Grey Hulk the alias "Joe Fixit", and setting him up as a morally ambiguous Las Vegas enforcer and tough guy.﻿

This incarnation represents the personality that can do all the not so nice things that Bruce was too unsure of to do himself. Tricky, manipulative, shows little thought of others, make up some of his traits. This incarnation can lift approximately 75 tons. This incarnation does possess the "madder he gets, the stronger he gets" ability, but at a much slower rate, since this incarnation has some level of intelligence and reasoning and would not "lose control" as easy as the Savage Hulk incarnation. 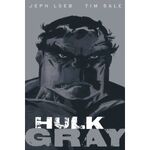 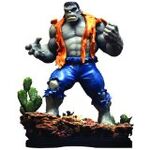 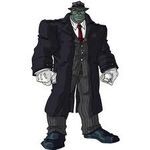 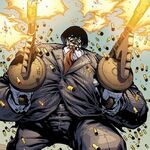 Add a photo to this gallery
Retrieved from "https://hulk.fandom.com/wiki/Grey_Hulk?oldid=15703"
Community content is available under CC-BY-SA unless otherwise noted.