"Within each of us, ofttimes, there dwells a mighty and raging fury"

The Incredible Hulk is a character created by writer Stan Lee and artist Jack Kirby in 1962, in response from fans who indicated that their favorite character was the Thing (Lee also created the Fantastic Four). So he wanted to make a character similar to him.

Robert Bruce Banner was born the son of Dr. Brian Banner, an atomic physicist, and his wife Rebecca Banner. Although Rebecca deeply loved Bruce, who returned her affection, Brian deeply hated their child. Brian never wanted children because of what happened to him and his sisters Susan and Elaine Banner. An alcoholic, and a very, very angry man, Brian was driven by an insane jealousy of Bruce for being an object of Rebecca's love. Further, Brian believed that his radiation work had altered his son's genes and given him a mutant son, when actually, Bruce was just a very gifted and intelligent child. These factors led to Brian abusing Bruce physically. Tragically, Rebecca was killed by Brian in front of Bruce when she attempted to take young Bruce and leave him. Bruce ran to her side and just sat there frozen in shock beside her lifeless body, It is at this point where Bruce shut down his emotions and became a repressed personality. After that event, Brian was placed under arrest for murdering his wife and sent to a mental hospital while Bruce was sent to live with his aunt and father's sister, Susan Banner, who understood his great pain and rage over his childhood sufferings. Susan raised Bruce with love and care, as if he were her own child. Susan never wanted to deal with her brother after what he had done to Bruce and Rebecca. Bruce, grew up as a highly withdrawn, intellectually gifted youth, in fact, a child prodigy.

Both the traumatic events and his unique genes caused Bruce to start to develop dissociative identity disorder. The first sign that Bruce was developing mental problems due to his childhood abuse manifested when he began talking to an imaginary friend he called the "Hulk" that Bruce had created to combat the stress of what his father had done to him and his mother. The Hulk endured as Banner's "imaginary friend" for years. Well, Bruce's imaginary friend the Hulk served as an emotional outlet all the way through his college graduation. However, his advice to Bruce was oftentimes destructive.

After fifteen years of confinement, the doctors believed that Brian was ready to rejoin society. Despite his reluctance, Bruce let his father temporarily stay with him. During this time, Brian began acting strange, causing tensions to escalate between the two. After Brian lashed out at his son, blaming him for his insanity, Bruce left to visit his mother's grave since it was the anniversary of her death. Brian followed him and started harassing Bruce, calling him a mutant and a monster. The confrontation quickly became physical, and Brian knocked Bruce down. While on the ground, Bruce pushed him back with his foot. Brian stumbled back and the impact of his head on Rebecca's gravestone killed him. Bruce blocked the memories of Brian's stay with him and his subsequent death, making himself believe that, as the two of them fought at Rebecca's grave, Brian had simply beat him and left, later being killed by muggers.

Eventually, Bruce Banner became an American theoretical physicist, famed for his work into the studies of nuclear physics and gamma radiation. He was recruited by General Thaddeus "Thunderbolt" Ross and the U.S. Army to develop the first Gamma Bomb, which would use gamma radiation (basically Satan magic) to target enemy weapons and buildings without endangering human lives. At least, that's what Bruce was told. During its first live test, Bruce noticed a teenager named Rick Jones driving into the testing area. Bruce rushed out into the test site and heroically pushed the boy into the protective trench to safety. But before Banner could get himself to safety, the bomb went off and an unknown genetic factor in his body allowed Bruce to absorbed a massive dose of gamma radiation. Bruce died, but the Gamma Bomb had created a metaphysical barrier called the Green Door that connected Earth with the Below-Place, the bottom layer of the Multiverse. The Green Door brought Bruce back to life, but the time span between his death and resurrection was so short, his death went unnoticed. On that day, Bruce's imaginary friend became a real life terror as the Gamma Bomb also caused Bruce to alter his body, causing him to transform into a giant green-skinned, vastly powerful monster birthed by gamma radiation, simply wants to be left alone and that's not afraid to smash anything in his way whom General Ross named "the Hulk" (who so happened to be a split personality created from the tragic abuse Bruce and his mother Rebecca suffered from his father, Brian).

The One Above All created the Hulk as a "necessary" part of the foundation he laid in the Multiverse. Now, when Bruce Banner is under a lot of stress (usually anger) his body and mind morphs grants him gamma powers. With his love interest and wife Betty Ross seemingly being the only person able to calm the Hulk back into Banner, and often being pursued by his nemesis Thunderbolt Ross who is also Betty's Father, Bruce is often on the run while trying to find a cure for his problem and keep calm as much as he can while at the same time battling super-villains.

Because of the Hulk's destructive nature, he was seen as an “Omega-Class” threat to humanity and was hunted by the military for years, complicating Bruce's life. The Hulk, however, managed to prove himself a hero when he became a part of the Avengers, the Defenders, S.M.A.S.H., S.H.I.E.L.D., and others. As a member of the Avengers, "Earth's Mightiest Heroes", Hulk helps smash the unimaginable threats that no hero could face alone, hoping to at least prove to the world that he is the strongest HERO there is. A founding Avenger, the afflicted Banner still suffers balancing the Hulk's existence as both hero and monster. The Hulk is the world's most tragic hero, and there's so much more to him than a "Hulk Smash".

The Hulk is one of the strongest and most powerful beings in all universes since his powers increase with his rage, because of that he is capable of matching the power of beings like Thor and severely overpowering beings such as Silver Surfer, the Hulk is able to go far beyond universal levels of power, perhaps at his best, Multiversal feats. 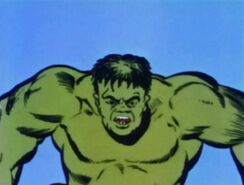 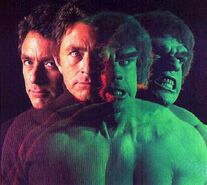 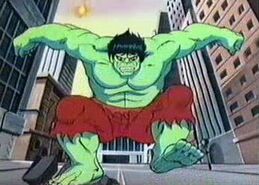 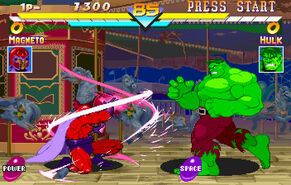 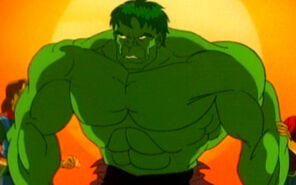 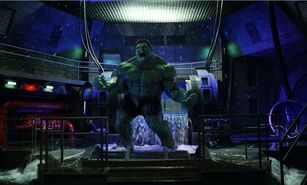 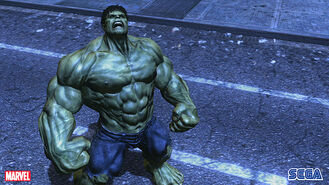 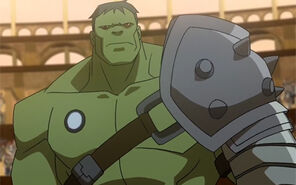 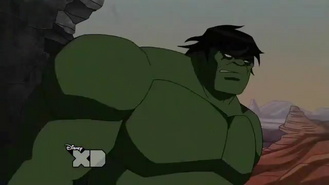 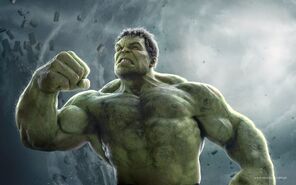 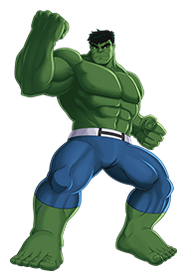