In Marvel Comics 2 (MC2) universe (first appearance: The Incredible Hulk 377), came Professor Hulk, the idealized version of Bruce where he has all the strength of the Savage Hulk and the intelligence of Bruce Banner but none of the emotional baggage, awkwardness or shyness. with the cunning of Grey Hulk/Joe Fixit.

Avengers: Endgame adapts one of the most popular incarnations of the Hulk in Marvel Comics history, which brings the Hulk and Bruce Banner personas into head-on collision – and creating a new identity.

With the distribution rights to the Hulk sitting with Universal, Marvel Studios has opted to create a three-film character arc for the Hulk that runs through other films. It kicks off in Thor: Ragnarok, runs through Avengers: Infinity War, and builds to a climax in 2019's Avengers: Endgame.

The Hulk's Arc Leading Up To Avengers: Endgame[]

This character arc all began with the Hulk and Bruce Banner separating into two different identities. "Hulk speaking [in Thor: Ragnarok] is the start to separating of these two individuals," Ruffalo explained, "these identities in this split-identity person, and where that's going to end up going."

There is a sense in which Bruce Banner suffers from a form of Dissociative Identity Disorder (DID); there are two minds, trapped in the same body. In human form, Bruce is in control; but whenever Banner transforms, the Hulk takes charge. The MCU has always treated Banner and the Hulk as distinct personas, with Bruce referring to the Hulk as "the other guy." But it wasn't until the events of The Avengers that Bruce first began to understand that the Hulk is truly a person in his own right, not just a rampaging monster. When the Hulk chose to redirect his fall from the S.H.I.E.L.D. Helicarrier so as not to endanger innocents, Bruce realized the Hulk actually had the ability to empathize. Although Banner didn't trust the Hulk – which is why he worked with Stark to build the Hulkbuster armor – he did begin to let the Hulk out to play every now and again. 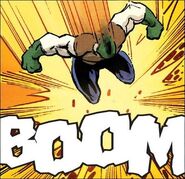 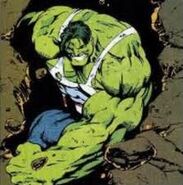 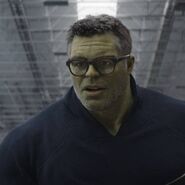 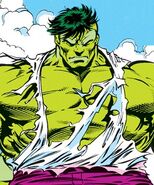