"Mr. McGee don't make me angry. You wouldn't like me when I'm angry." —Dr. David Banner (tagline for the series)

The Incredible Hulk is a live-action science-fiction drama that ran on CBS from 1978 to 1982. It was created by Kenneth Johnson. The series was preceded by a pair of two-hour made-for-TV movies starting in November 1977. After the cancellation of the series, three television movies aired on NBC (1988, 1989 and 1990).

The story originates when Dr. David Banner and his wife Laura are riding in their car when a tire blows out. The car rolls over. David gets thrown out, but his wife does not. He tries to save her by lifting the car to get her out, but he can't. Later, he interviews people and finds a woman who had exactly the same thing happen to her, except that she got her son out of the car. Banner gets angry that others could save their loved ones, but he couldn't save his. He figures out that high levels of gamma radiation from sunspots, along with the emotional stress experienced in these situations, are the reason why these people were able to find the physical strength to save those they love. He decides to test his theory by using the lab equipment to subject himself to a concentrated dose of gamma radiation. Unknown to him, the equipment had been upgraded, causing him to administer a far higher dose than he had intended. This causes him, when he becomes angry, to metamorphose into the Hulk (when he transforms into the Hulk, Banner has no memory of what the creature does). After a laboratory accident kills Banner's research partner Dr. Elaina Marks, he is presumed dead and is forced to go on the run, whilst investigative reporter Jack McGee relentlessly pursues the Hulk, not knowing that the creature and Banner are one and the same.

Opening narration: "Dr. David Banner: physician, scientist; searching for a way to tap into the hidden strengths that all humans have. Then an accidental overdose of gamma radiation alters his body chemistry. And now when David Banner grows angry or outraged, a startling metamorphosis occurs...The creature is driven by rage and pursued by an investigative reporter. The creature is wanted for a murder he didn't commit. David Banner is believed to be dead and he must let the world think that he is dead until he can find a way to control the raging spirit that dwells within him."

In each individual episode, Banner finds himself in another town or city, working under an assumed name doing odd jobs to support himself and enable his research. Along the way, he feels compelled to help the people he meets out of whatever troubles that have befallen them. However, he invariably ends up in hostile situations which trigger his transformations into the Hulk, which in turn attracts the unwanted attention of McGee. Despite the Hulk's rampages often helping to put some wrong right in the lives of the people Banner meets, he is forced to flee the town at the end of each episode, endlessly drifting from place to place in his quest for a cure for his condition. 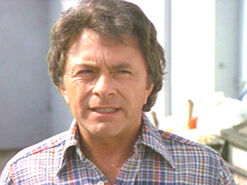 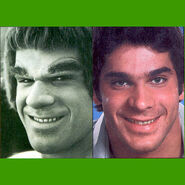 Lou Ferrigno
as The Hulk
(82 episodes) 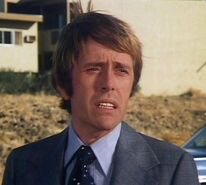 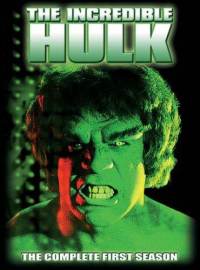 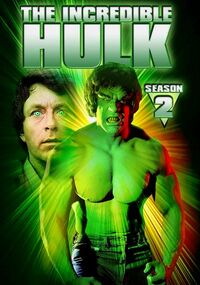 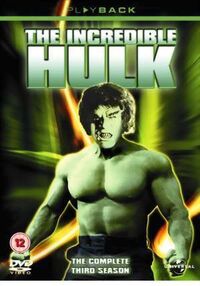 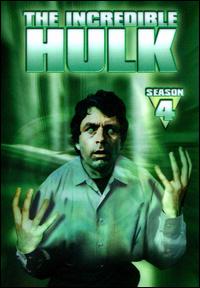 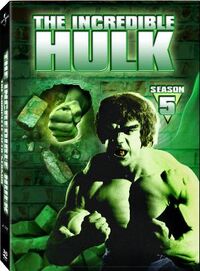 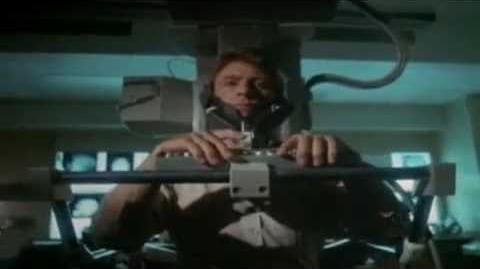