Zzzax is an electromagnetic intelligence that was created when stray bullets from terrorists trying to cut.

Debuting in the title The Incredible Hulk, Zzzax is a humanoid creature formed from electricity by an act of sabotage at a Con Ed nuclear power plant in New York City. A group of terrorists destroying the dynamos started a chain reaction that causes a rapid build in energy, which takes on a life of its own and absorbs the minds of the terrorists and several engineers. By using the electrical energy from their brains, the entity is able to achieve humanoid form and sentience. Calling itself Zzzax, the entity fights the Hulk and Hawkeye before being defeated.

The character returns to the title Hulk and repeats its behavior at a research center in Chicago. The Hulk battles the entity to a standstill before several scientists shut down the process that creates Zzzax. Zzzax reappears in the title Luke Cage, Power Man, and hunts the men responsible for its last defeat. Power Man defeats the entity, but not before it kills one of the scientists Zzzax returns in the title Hulk to confront an intelligent version of the monster (possessing the intelligence of Bruce Banner), but is quickly defeated. Mephisto later reforms the entity in the limited series Secret Wars II, although it is defeated by the Thing. In the title West Coast Avengers the character Zzzax teams with fundamental force villains Graviton; Quantum and Halflife, but is shortcircuited by Hawkeye.

The title Hulk details how Zzzax is eventually captured and contained by S.H.I.E.L.D., who transport it to Gamma Base. General Thunderbolt Ross arranges for his mind to be transferred into Zzzax's body and battles a new version of the Hulk, whose alter-ego is Rick Jones. Ross relinquishes control of the entity soon after saving his daughter Betty Ross Banner, realizing that his actions had risked lives. Zzzax battles Iron Man in the title Marvel Comics Presents and Cable in the self-titled series.

The entity reappears in the title New Avengers and participates in the mass escape by super-villains from holding facility The Raft. The second volume of the title She-Hulk reveals the character has been contained by S.H.I.E.L.D. After briefly escaping and turning the defence systems of the organisation's Helicarrier against its agents (including the Life Model Decoys), it is recaptured by She-Hulk.

Zzzax later appears in the services of MODOK Superior when it comes to him attacking Red Hulk.

During the Fear Itself storyline, Zzzax was with MODOK Superior when it comes to competing against Zero/One and Black Fog into getting to Red Hulk first.

Zzzax appears in The Incredible Hulk animated series, simultaneously voiced by Michael Bell, Leeza Miller McGee, and Kevin Schon. In the episode "Raw Power", nuclear power plant worker Mitch McCutcheon attempts to aid Bruce Banner in curing himself of the Hulk. However, security guards break in and damage the machine. McCutcheon rescues Bruce, but is transformed into Zzzax when the machine explodes. Driven insane by his transformation, Zzzax attempts to siphon as much energy as possible to maintain his new form, but is eventually turned back to normal following a fight with the Hulk. Zzzax later makes a brief cameo in a flashback during the episode "Innocent Blood", when the Ghost Rider uses his Penance Stare on the Hulk.

Zzzax appears in The Super Hero Squad Show animated series, voiced by Jonathan Mankuta. This version is a member of Doctor Doom's Lethal Legion. In the episode "A Brat Walks Among Us," Doom tasks Zzzax and Pyro with attacking the wall separating Super Hero City and Villainville so Doom's forces can invade the former. However, the villains are defeated by the Heroes for Hire and remanded to the Vault. In the episode "The Ice Melt Cometh", Zzzax and Pyro are joined by Paste Pot Pete and form "Team Toxic" to assist Doom in his latest plot to steal the Infinity Fractals, only to be defeated by the Super Hero Squad.

Zzzax appears in The Avengers: Earth's Mightiest Heroes animated series. In the episode "Breakout Part 1", he is one of many supervillains who escape from the Cube and briefly clashes with the Hulk before escaping. In the episode "Gamma World Part 1", Zzzax assists the U-Foes and the Wrecking Crew in attacking the Avengers when they enter the Cube. All of the villains are defeated, although Zzzax short-circuits the Wasp's hazmat suit, causing her to be mutated by gamma radiation and subjected to the Leader's mind control.

In the Ultimate Spider Man cartoon, he appears. The story starts with Mary Jane wanting to record an interview with Spider-Man, and they see the Hulk attacking the city or at least it looked like he was doing it. But when Spider-Man tried to stop him, Hulk said he liked "Energy Man". They were surprised and checked the recording that Mary Jane made, and noticed that when the Hulk threw a car the car was full of energy before colliding with anything. In this version this character is invisible energy that can only be seen by the night vision of Mary Jane's camera and by the Hulk (in reference to his being able to see astral forms in the comics). But he was visible to everyone when he got more energy. After a lot of fighting it all ended up with the characters overloading him with energy using various available energy sources, the overload made him explode.

In Avengers Assemble: The Avengers wanted to prove their worth to Odin by defeating Zzzax and overwhelming him. But Odin managed to overload him alone using the power of his weapon. 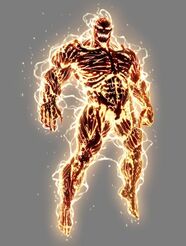 Zzzax as seen in the 2012 mobile game Avengers Initiative 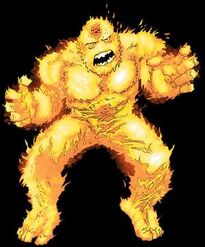 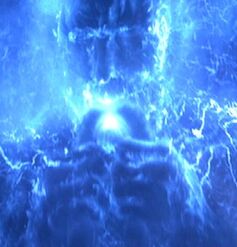 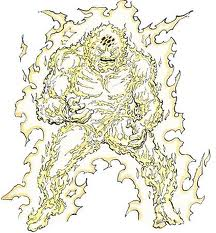 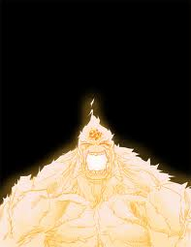 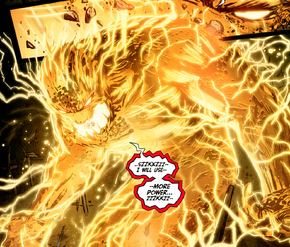